4. Indigenous programmes at the ABC & SBS

The ABC – Australia’s only National Government funded television broadcaster – has an Aboriginal Programme Unit based in Sydney.

We started the Aboriginal Programme Unit because the ABC, as Australia’s national broadcaster, should have Aboriginal people making Aboriginal programmes.

The ABC’s Aboriginal production unit was set up in 1988. They currently produce the Blackout series, comprising 10 half-hour programmes per year.

It’s not newsworthy to show things that are positive in Aboriginal affairs. And that’s why I think Blackout’s marvellous, because we are getting differing viewpoints from different people

Because these days mass media are just usually the negative aspects that are shown, you know?

There’s two sides of a story, and unfortunately they never do the full side of a story, the same as with the Land Rights march: you saw them pushing down Parliament House, the fence – an inanimate object. But what you didn’t see, was an old man who did get across the fence, and was manhandled and thrown down the steps. And that’s when the fence went. There’s that respect with our elders – we respect our elders. I would like to see Blackout itself a little bit more…current affairs type, more topical, as well.

At the beginning of the show we had to take it fairly easy because it was a huge step: it was the first – in prime time - current affairs hosted by two Aboriginal people…

If we’d put on fairly political issues at the very beginning of the show, they would have gone ‘Ah, I don’t need to be preached to, thank-you’, or ‘I don’t want to know this’. So, at first, we just showed very positive images and really soft stories, until we built up an audience, and then we slowly started introducing more controversial issues into the show.

Bringing on trainees all the time, who are unskilled, and to build up their skills, is all well and good; but there are a lot of people – not a lot, there are a handful of people, who are around, who have the skills and the qualifications. There could be a genuine Aboriginal unit, with Aboriginal producers and executive producers running …those units.

I think that you’ve got to recognise what we’ve done in a very few, short years, is to build up a very good skills base of Aboriginal television producers. The last series of Blackout was exceptionally good. I thought the series before that was good – so every time we make a series it gets better and better.

It’s still like you’ve got to run to a non-Aboriginal person to make decisions about Aboriginal people. And ethically that’s wrong, and also it’s not as effective.

We want to move ultimately, that Aboriginal people are responsible for all Aboriginal programming, and that means all staffing positions, and we should get there as soon as we possibly can.

We’re being very realistic, and we know that the Aboriginal person who takes the position of an executive producer, or whatever, for our unit, has got to be someone who not only knows us, but they have to be somebody who can know the ABC.

We need to be more in contact with more community-based film-makers, or you know, artists or whatever, to give us, sort of like more of an influence within mainstream. Because one of these days, most Australian people will get to see the sort of programmes that Aboriginal people have complete control over, and they’ll be able to really see what an Aboriginal perspective is. At this moment we know we’re compromising, so that they’ll swallow what we have to say.

Certainly commercial television will not – in prime time – ever contemplate running programmes about Aboriginal issues. Now the interesting thing is, that one of the bonuses, because of our preparedness to do it, is Blackout – the Aboriginal television series – actually was a commercial ratings winner. Now perhaps if we chalk up more successes like that, we’ll change the conventional wisdom in the commercial media. But it’s certainly…there’s no sign of it yet. 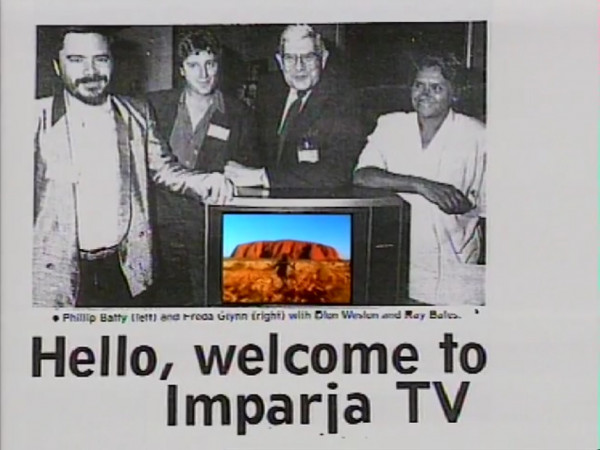 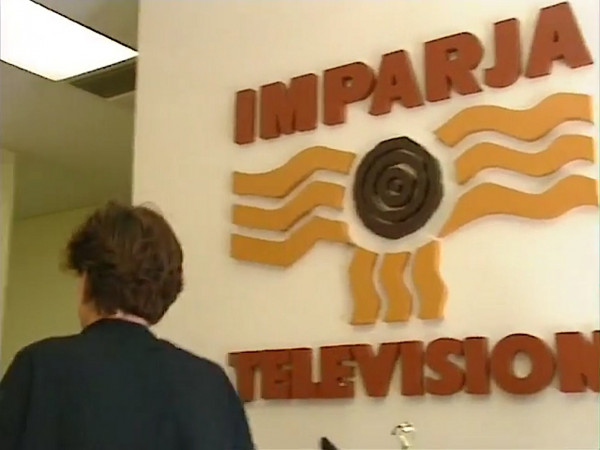