[Pantjiti Tjiyangu McKenzie tells the story of her involvement in the development of Ngaanyatjarra Media, which began operating as Irrunytju Media in 1992, with funding through BRACS to establish local radio and video production. The original media team included Noeli Mantjantja Roberts, Belle Karirrka Davidson (Pantjiti’s sister), Simon Butler and Roma Butler, all of whom continued to play a key role throughout the next two decades. The primary focus from the start was language and cultural maintenance, building upon the model of EVTV.]

I was working a long time ago at EVTV. I came here to go and record Seven Sisters. I couldn’t see which women to take for Seven Sisters. No-one here knew how to record. They had no camera or recording equipment. I came and took my younger sister to teach her for the Seven Sisters, and I was teaching her “record like this with the camera”, and she truly learned little by little, recording some crooked shots, some good, others crooked, and I was setting her straight: “record like this, like this, with the camera”. And from that beginning she started, and we established this media centre here together. I was here too with the media and I too opened it. It was I who established the media here, not anyone else – it was me who brought it here from EVTV. I taught her and she learned how to set it up in the same way as EVTV. We got a camera in that little building [points] that used to be there near the office. That’s where we worked and I taught her from scratch, taking her to record Seven Sisters, and I taught her on Seven Sisters and she worked on camera and learned a little. I brought her here and edited it and saw she had recorded some shaky footage. I took her a second time to Wingellina for the Minyma Kutjarra songline and there she recorded really beautifully. That’s where she became skilled. I taught her camera work and her picture was really beautiful, and I brought her back here to edit it and it was really good. I got happy and told her: “You keep this going and work continuously with this media. Don’t stop at all, keep working constantly, only stop in the future when you become sick.” My husband from EVTV had to stop working when he got sick, but I kept going, but now I live in a different community since I lost my husband. I lost him and live in Docker River without my husband. I still think all the time about this media, this work I established from the beginning. First in Fregon, and then in Yuendumu, and here in Irrunytju third. And I taught Noeli and my younger sister, and we worked together. I never stopped working together with them. I only stopped working when I lost my husband.

Those pictures are truly beautiful. A teacher showing others. I used to teach, like a teacher I used to show them how to record video and become skilled, how to take beautiful shots with the camera. They used to always come in here to watch videos in the media centre. They would learn from them. Kids would copy the foot moves of the dance: “I see!” “That’s how to move the feet!” Having learnt, they would get up to dance for inma. Absolutely beautiful!

I feel really good about it, because I was in a good film. Also, I saw how I used to do my work. How I made them [videos]. I think I did a good job. I worked really well back then. It's all there now at Ernabella [Pantjiti's videos]. It's a big thing over there. There are lots of them over there. All my films are there.

There is no work anymore. No more jobs for me, no more work for me now. I'm here in this place now [aged care]. But others are working still. My family are working. Or, maybe they are working a little bit. I stopped working a long time ago - finished! Now they are forgetting. They stopped when I left work. The language is Pitjantjatjara, that is what they still speak. They are talking Pitjantjatjara, but nobody is getting stuck into work.

I would go bush. Yeah, we would go out bush. We used to camp out. They just stay on community now.

Now they are watching TV about white people…Cowboy and other movies. They watch those shooting ones. They don't watch our videos. They don't know. At Ernabella the big movies are really popular. At Umuwa though it is really big, at Umuwa Media we moved everything, shifted it there. 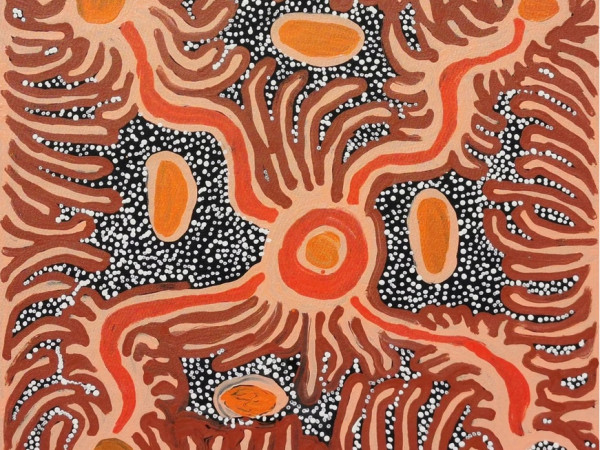 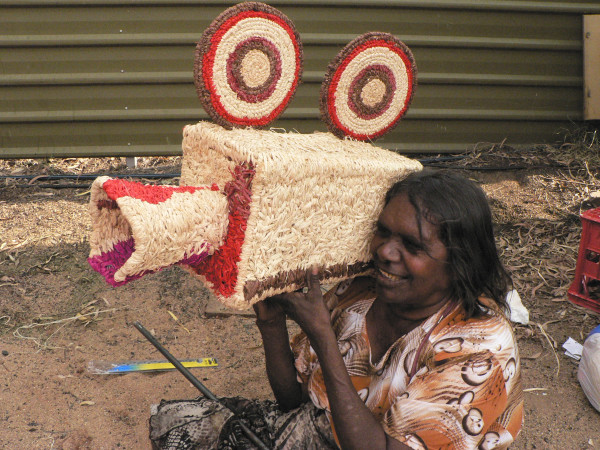