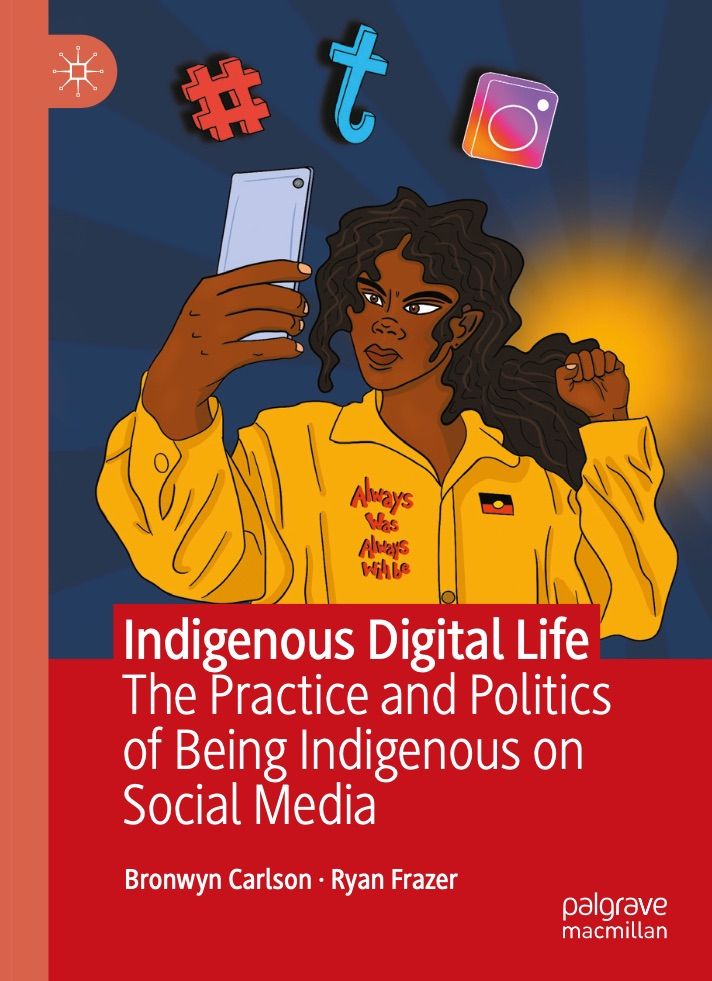 'Settler societies habitually frame Indigenous people as ‘a people of the past’— their culture somehow ‘frozen’ in time, their identities tied to static notions of ‘authenticity’, and their communities understood as ‘in decline’. But this narrative erases the many ways that Indigenous people are actively engaged in future- orientated practice, including through new technologies. Indigenous Digital Life offers a broad, wide-ranging account of how social media has become embedded in the lives of Indigenous Australians. Centring on ten core themes—including identity, community, hate, desire and death—we seek to understand both the practice and broader politics of being Indigenous on social media. Rather than reproducing settler narratives of Indigenous ‘deficiency’, we approach Indigenous social media as a space of Indigenous action, production, and creativity; we see Indigenous social media users as powerful agents, who interact with and shape their immediate worlds with skill, flair and nous; and instead of being ‘a people of the past’, we show that Indigenous digital life is often future-orientated, working towards building better relations, communities and worlds. This book offers new ideas, insights and provocations for both students and scholars of Indigenous studies, media and communication studies, and cultural studies.'